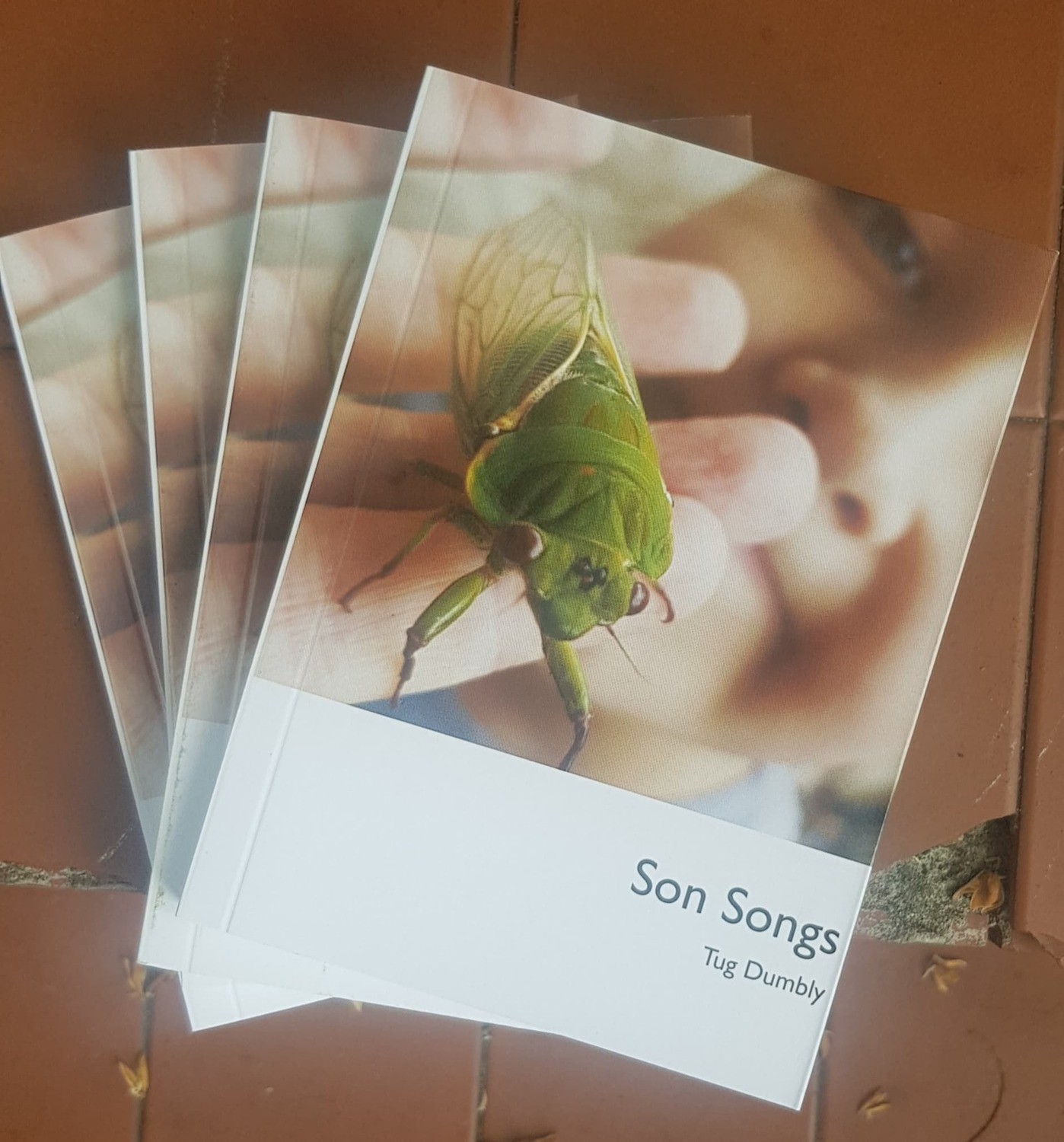 Poet and satirist Tug Dumbly has performed his poems, songs and monologues on national radio (as a regular on both Triple J, and the ABC Local Network), and in schools, venues and festivals, both in Australia and abroad. He founded and ran a couple of long-lived and loved Sydney poetry nights, including the legendary Bardflys, at Glebe’s Friend in Hand Hotel. He has released two spoken word CDs through the ABC – Junk Culture Lullabies and Idiom Savant – once won the Spirit of Woodford storytelling award, twice won the Banjo Paterson Prize for comic verse (once for his epic ode to meat, Barbeque Bill & the Roadkill Café), and three times won the Nimbin World Performance Poetry Cup, most recently in 2017.

His work has appeared in Veranda, Offset, Blue Pepper, 4W, Shortfuse (a global anthology of Fusion Poetry), the Neighbourhood Paper, Canberra Times and Poet’s Republic, amongst others. His work will appear in the upcoming spoken word anthology Solid Air (through UQP). His first collection of poems, Son Songs, came out through Flying Islands Press in December 2018.

"From the outset Dumbly’s work stood out … not only because of his undoubted skills as a performer, but because of the profound wit and intelligence of his observations bound in sharply honed pentameters." - Justin Lowe, Bluepepper (from a review of ‘Son Songs’.)

"Tug Dumbly’s Son Songs is the culmination of decades of work. There’s a great range of thinking, and the work travels beautifully from revelry in the generative capacity of puns to more serious interrogations of what it means to be alive. His poetry is witty, musical and moving, most profound when dealing with the inheritances of personality and culture between fathers and sons." - Ed Wright (writer and critic)